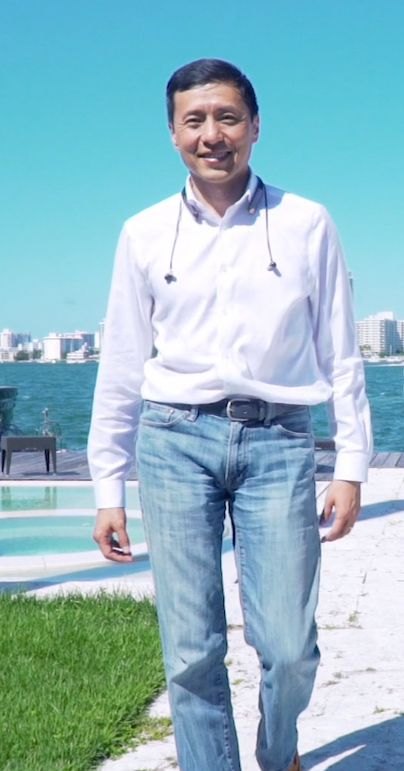 Will is an innovator and entrepreneur, having launched 6 high-tech ventures, and having been an executive leader and board member for Fortune 500 companies, a military officer, and is an active philanthropist.

He is currently the Chairman and CEO of OV Loop, Inc., a next generation payments and messaging platform (akin to WeChat) to reduce friction and cost from commerce experiences on virtually any device, anywhere.

Prior to OV Loop and Indigo, he was Global Co-GM of Samsung Pay after Samsung acquired his company LoopPay. He helped launch Samsung Pay with LoopPay’s patented MST technology, currently embedded in hundreds of millions of smartphones for universally accepted Tap & Pay experiences.

He recently served on the Board of Synchrony Financials (NYSE: SYF, largest private label credit card issuer in the world.) for seven years, and is also currently an investor/director/mentor to more than a dozen high-tech startups. He also supports non-profit organizations including ROCA (serving high risk young men and women in 21 communities in the U.S.) and on the Board of Directors for Global Unites (youth movement for conflict transformation, in 13 countries).

Will immigrated to the U.S. from China at the age of 12, and he earned two Bachelors degrees from the University of Washington in Electrical Engineering Computer Science (EECS) and Chinese Linguistics, and earned two Masters degrees from MIT (MS EECS and MS Business). He is currently a Connection Science Fellow with MIT Media Lab, and had been teaching part time at MIT on Fintech Innovation and Entrepreneurship.

His service to his country includes 6 years as a U.S. Nuclear Submarine Officer, and his family continues this tradition with one son currently in the United States Naval Academy. 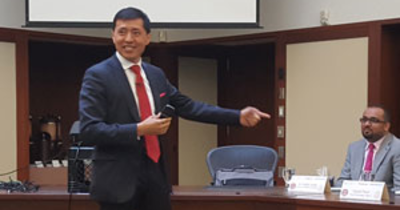 MIT Sloan School – He has also lectured for the “Managing in Adversity” class at the Sloan School of Management (course 15.386)

SYNCHRONY FINANCIAL, Board Of Directors – The largest issuer of white-label credit in the U.S.

Will has numerous patents on payments, security and voice-powered communications, including:

Will is grateful to have the following: